I was taught that living the good life meant getting everything I could
But I've been shown a brand new picture of the good life, and it's glorious

Aye I was raised in that lone star state where we go hard
Can't do it small at all, 'cause big things our state
My dreams as a buck was to make a large bank
Daddy told me be the best, no one can tell me I can't
Be the best baller, or be the best rapper
Got a little older, and went after the latter
Grind until I shine, trying to climb that ladder
Grab a couple girls, 'cause your boy looked dapper

But at a young age, saw that I had it wrong
Full of drive, but moving in reverse all along
Dreams full of pride, heart full of stone
You know I had to redefine what I grind on
Siccess is dangerous if you don't do it right
He gave us everything for pointing to him right
So toast to the king who gaveme some new dreams
Everything for his name, that's how I do things

Never knew how lost I was 'till I found out
That I couldn't hear his voice, it was drowned out
I was chasing things, selfish dreams
Now I see what he has for me
It's the good life

(Wake up!) I grew up with those doctrines and those angels
When wings get mangled and they rock a broken halo
Success is an idol from Hollywood to Diego
No hablo if you don't speak with the pesos
And their favorite dollar sign is too much
More greed, more lust, more taste, more touch
I had an appetite that ate from the devil's power
With every bite 'cause he would rise
I'm kissing my life goodbye

If I find I have a need this world cannot meet
Then I know this life is a place where my hope should not be
I've been chasing those things that are real fake This is not a real place, this is a dream state
Functional saviors ain't hip, their a real waste
What's the palace going off of without a major king
Pain, sorrow, and empty treasures
Spite the creator and deem creation simply better

The ward off is a lot of things, but it's really lying
And to the Lord, the good life is really dying
I'm the Lord's procession, so my heart's in the heavens'
True religion in my jeans, now stop guessing

Never knew how lost I was 'till I found out
That I couldn't hear his voice, it was drowned out
I was chasing things, selfish dreams
Now I see what he has for me
It's the good life

Even the sun goes down, heroes die eventually
Great careers end in the industry
Empires implode; you may go down in history
But everything will go down eventually
Look, you can stack bread, but you can't stop death
And there will be no comforter for you in that bed

We all get laid out, the games get played out
In a maze headed to the grave, and there's no way out
You can't outlast life, it fades out fast
Death is coming for us all, everything's gonna pass
So look at it from that angle down
My dreams gotta be bigger and greater than that

I was with the persecuted martyrs in Asia
Were living out their dreams, though they was walking in danger
Their dreams were lifting up the heart of the savior
And living in a way that shows that he's all that they wait for
One's stacking up the cake, but one's walking in favor
Living a good life, 'cause they walk with the maker

My dreams are different; you know that I've been changed now
The good life is the life that's been laid down.
The good life 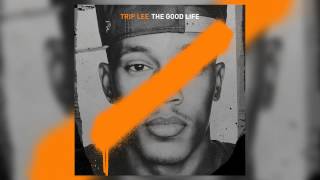