Verse 1:
Hey, you crazy if you think you can grasp
The eternal ruler who is first and is last
Reigns in the present, and He reigned in the past
Who is perfect and has none to learn in a class
I seen a lot of dudes I don' think they get it
Got a picture in our brain but the King can't fit it
We got a lil box but the King ain't in it
He's way too complex, don't get this thing twisted
I could learn bout Him who's on the throne
But like Badu He goes on and on/I could spit a million rhymes till the song is long
But still not have enough bars like a broken phone
To tell all about the God of Romans known
Through the scriptures that picture should blow your dome
He's amazing behold Him, appraise Him He's golden
Inexhaustible, I'm amazed just to know him

Verse 2:
For instance I just can't get this HeIs one but eternally exists in three
That's crazy our minds can grip this we
Need to realize we men so our pictures weak
Just try to understand how he came as a man But remained I Am, all things in His hand
Say what? The King was slain as the lamb
When He came to the land that He made with His hands
Say what? Just try to make your brain understand
He's so big man's like a grain in the sand
That picture's too big for a frame but my plan is to grow
I pray my picture of the King will expand
I could study forever and read all day
But still wouldn't understand the King all the way
I got a long way to go, but I'm pleased to say
I get to live my whole life just to seek His face

Verse 3:
Hey it's not enough words in my speech to proclaim His greatness
Not in the whole English language
To exhaust this King, His past is blameless
I won't stop reppin 'till His name is famous
Among all nations, He still prevails
Praise the Lord that He chose to reveal Himself
When He could have just chilled and concealed Himself
Praise the Lord that He chose to reveal Himself
Now we can share in enjoyment, see more and more
The glory, the beauty of the Lord of Lords
Through Creation, or Scripture's the door to more
Can't get it all on this Earth, there's more in store
When we get to eternity, it'll be better
We get to see more of the Lord forever
A million years later, the joy is the same
Seeing still more and exalting His name 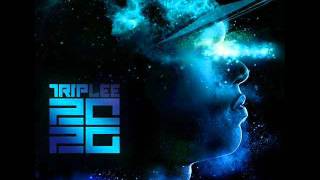