Verse 1:
I wasn't never the type that's tryna kill folks Nothing too bad maybe dabbled in a lil smoke
A lil lust, but wasn't never seen as a bad dude
Was livin for myself dreamed of wealth and makin cash move
Was told of a savior who raised named Jesus
That paid full of grace and I did believe it
They told me He would hold me and I was blessed wit Christ
I'm like, "I get to go to Heaven? Man I'm set for life."
But after that, I was just ya average Sunday Christian
Up in church wit my bible, back Monday sinning
Up in the school yard trying hard to blend in
Was acting dead as a carcass and far from livin
I was all up in the world, I was just like the rest of them
Called myself a Christian, but would sin with the best of them
I wouldn't share my faith or read my Word its crazy
I was a immature believer, a spiritual baby

Verse 2:
I was my own guide, would never dive in His truth
But didn't realize that I was set aside for His use
So I'd just live for what I thought was my best interest
Around nonbelievers you couldn't tell the difference
Wasn't a thug, nah I ain't got no horror story
But was living for myself not the Lord and His glory My confession: I didn't seek my Dad's perfection
Was going down the wrong road like I had bad directions
Until He showed my not imitating the Christ
And living for me I was truly wasting my life
And that Christ died so I could have relationship
But by my actions I refused to take this gift
Until He made a switch and now I want some more of Him daily
By His grace I'm growing and have matured from a baby
I'm so grateful that I've been torn from sin
And day by day He's making me more like Him

Verse 3:
So for my believers, I just wanna encourage yall
To draw closer to the Lord I know you heard His call
Even if you ain't smoking or shooting at domes
If you don't do it all for His glory, you doing it wrong
Heaven ain't the only reason we got saved
If we don't get to know Jesus then we got played
Plus we gotta change, He said He'd change us all
And that faith without fruit, that ain't faith at all
Sanctification, check Romans 6
We 'posed to switch, die to sin and grow in holiness
All my brothers and sister I know this walk is tough
But even if you young just getting saved is not enough
We gotta talk to Him, read who the Lord in the skies is
The reason we breathe is to enjoy and glorify Him
I'm grateful the Father is changing ya boy
And getting closer to Him is an unexplainable joy 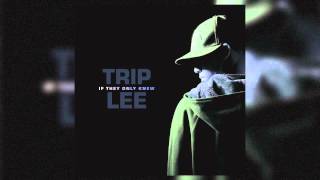