Hey yo, waddup?
Dis ya boy Mac
Mac the doulos supplyin' da track
Yeah, got my man's Trip Lee on the verse
We had to team up
Let cat's know the truth about Jesus the Christ
Not just a prophet, not just a man
He's God in da flesh
A O Trip, get 'at 'em
Let 'em know!

-Trip Lee-
There's one who stands who can save a man from hell
I thought you heard the incarnate word, Emmanuel
Not the bishop, God with us why can't you tell (that)
He's 100% God and all man as well
No illusion, God became man for real
To remain perfect in a sinful land that's I'll
He came through to return how a man would kneel
And now tongues will confess the lamb is real
The word became flesh put on skin and blood
Was perfect, right though his death when they spilled his blood
No room for a pregnant servant who was highly favored
That in her womb deserved worship, the righteous savior
He was the right guy to save 'em, and they was clearly wretched
But is fortelling to the fact that people here will reject him
We should fear and rest in Him, surely bless Him
Born of a virgin, which made for a pure conception
How fittin', Mary will now birth the Son
What a beautiful baby, Jesus the perfect one
An infant but the second standing in the trinity
But get this, both humanity and divinity
Now I'm a soldier standing up in His infantry
The slain lamb, great man who delivered me
The King that put every bit of strength in me

Please excuse me, I must shoot the truth to dudes
Even though it's bout confusin as rubics cubes
How the Creator wrapped Himself in human flesh
To be booed, persecuted and bruised to death
Now you can rest on Jesus and His savin grace
And be truly blessed, He came to take our place But some of us so called believers take an awkward stance
And deny the doctrine that He was God and man
And don't believe in Christ as Creator of man from dust
Why should we trust Him if He was just a man like us?
And tell me this, if Christ was not God with men
Then how did he manage to live apart from sin?
With no flaws within, and here's the major test
When the last time you seen a man raise from death?
I know, never/ it's impossible unless of course
Jesus Christ was God in the flesh and Lord
Further proof that Jesus is one with God
Hebrews 1, the Father refers to the Son as God
I could go on for days with this scriptural proof
Cause this aint just my opinion, it's biblical truth
Plus, it's one of the core essentials of the faith
Somethin we must believe if we some Christians and we saved
If we don't believe this, then we denyin the Bible
And we believe in a different Christ, our God is an idol

Look I don't think we quite comprehend the concept
The kinda lavish paradise the Son left
For the kinda rejection He would come get
On the cross, breath in His lungs, it was none left
Was it love? Yes, but nonetheless
There still wasn't a place for the Son to rest
Not only through leavin Heaven was His love expressed
But God the Son in flesh, Christ, would come and step
On Earth, the coldest place/ He showed His grace
Then died, but His life didn't go to waste
Was rich and more than comfortable, but he made
Himself poor with grace
He was made for a lil' while lower than angels
But some still don't embrace Him, He's longin to save ya
And if He does He's unashamed to call ya brother
Cause we got the same Father, it's God above us
In everyway He made Himself like us
Was even tested main, yet remained righteous
We can't complain and say He can't relate to us
Cause He was made just like the ones He made from dust
Faithful to us, died as propitiation
Quenched His wrath and took a load off depraved men
But don't be fooled like Satan had the Son in defeat
Cause now He sits on the throne with all under His feet 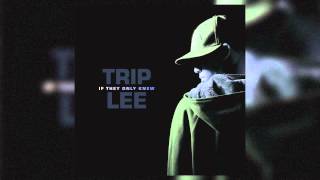