(Verse)
Sittin in hell's den, watchin murder like a show on
Shot him in cold blood like he was beaten with a slow arm
He ain't really deserved it but that's life and that must go on
Prayin we get it right, knowin somehow that we gon go wrong
It ain't no point of being real when everybody jokin
Niggas hit the corner with cheese, man everybody's broken
Probably to numb away the pain from a deeper wound
Sick of singing blues so they moved into a deeper tune
15 for the striped, he ain't fightin shit
He bout that firework, self-employed, how he like this shit
Realizing if he get caught he gon be tied and hit
Plus he told that DA – “f*ck a statement”, he ain't writin shit
Look nigga nuts, hangin like elephant tighters
Devil got the key and I bet he just waitin to ignite us
It's all the same, where I'm from tell em it's west up
But niggas lose they life for disrespect niggas so this luck

(Verse)
I say he used to be the man now he begging for a gram
2$ ass nigga, can't lend a helping hand
Yea it used to be good, he had to work for the jug
He turned his back on his niggas and went and stayed on the hood
That statement he can't take back, regret that he made that
Sat down in trial and that recorder tape, they played that
Eye contact now but I used to look up to him I used to wanna be just like him, now I just inspite him
Mission ain't condoned even to my closest kin
I'm getting money now and I was getting money then
She still poppin off, ain't nothing born in the hood
Sin City money man, I'm whipping foreigns through the hood
Times done changed, BG's now OG's
Used to be 25, damn that 44 the key
Better out look at life, better know how to cook the white
Soft to the heart, hard niggas turning soft
Still

(Verse)
My lil nigga lost his twin and I know he hurt
Cast a dark cloud over the old west
Packers wouldn't even let him out to go and pay his respect
Last month I've seen a good nigga get put to rest
Tryna do my best to hold back the tears
Cus if you livin up in Oakland you livin in fear
Nigga we break the homicide record every year
I don't know what you lookin for but love don't live here
It's crack babies sellin crack around here
Them lil niggas is strapped so hear me loud and clear
Ain't nothing but dope fiends, bums and ridarum
You ain't got a gun, better run when them niggas come
Pray to God I wake up every morning, get to see the sun
My niggas is dyin, chasin money by the tons
I'm tryna smoke away the pain but I'm killin my lungs
My brother gone now so me to teach his son 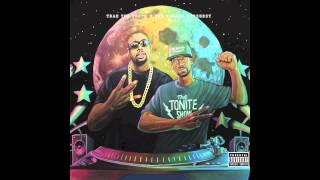