This gon be the realest sh-t I ever wrote, so just know it's deeper than rap
It was a lot of sh-t that go, but now I'm bringing it back
I been a G all of my life, and tried to hold it for the best
I'm the realest nigga living, they can write it when I rest
Fu-k it put me with the best, and I can stand out on my own
It's survival of the truth, and I'll be coming for the throne
Fu-k being a bigger man, niggaz played the game wrong
So I played it how they played it, while remaining in my zone
These niggaz hoes, that's why they keep my name in they mouth
It ain't hard to find me, bitch nigga I'm the streets of the South
And ain't no banging over wax, nigga come see me in the hood
In the section where fake is twisted, like the W in wood
I been repping since I was 12, but now I'm 25 strong
With the family of A.B.N., running and toting some'ing chrome
I never trained to be in battle, even though I been at war
Mob made motherf-cker, prolly leave you with a scar I'm the truth

They better know I peep everything in the game, they got me looking at my life different
Niggaz out here thinking they can know it, if my vibe different
These other niggaz out here falsified, telling lies
Sell a couple records, now they profitized keep it real
You niggaz ain't got the credibility, to be the truth
Unless you out here living what you talking, in the booth
Everyday it be the same, niggaz know I'm in the lane
Only fu-king with the killers, cause we feel eachother pain
I hit the highway with my niggaz, never toching the caine
Now they got me watching for the FEDs, bitches mention my name
Since I'm the leader of the gang, it make it hard for me to move I'm the truth, it ain't gon be a pretty sight for me to lose
Trae bail on street sh-t, got it on a lock
Everytime I'm going off, niggaz done got it on the block
Never something that it's not, I only know of being Trae
And that's the truth every motherf-cking day, it ain't no other way

Niggaz saying I got the name to be the truth, and I ain't even mad at em
But that expression on they face, had me taking jabs at em
This a warning shot, ever seen a nigga at his last
If you haven't, I advise you let this motherfu-ker pass
I ain't here to be mistaken, so respect it when I spit it
Fu-k it keep it yourself, cause anyone of you's will get it
I'm a Asshole, and it's self explained by the anger
And I'm holding on a glock, that's keeping one up in the chamber
I'ma strut it like a gangsta, so my niggaz get they bang on
Hopping out the slab, Dickies sagging with my chains on
Hopping fly, cause they seen the dropper with them thangs on
Lord knows, Trae'll leave them niggaz with they brains blown
I'm in another zone, niggaz still on cloud nine
And I'm a loner, you niggaz don't need to crowd mine
Trae the Truth is what it is, niggaz know it's time
Plus I'm here to make em lay it down, 'fore I spray it down 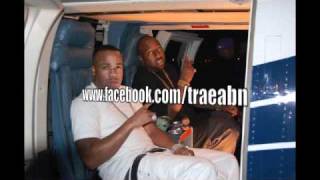