[Intro: Diddy]
King motherf*cker
Ay yo, some of y'all bitches be motherf*ckin' speeding and talking out of turn
You need to slow the f*ck down and hold up man
Ay yo, Trae The Truth, get at these niggas, c'mon
I am king, you know what it is
Bitch came up to me, she said “who you is?”
You know what I had to tell her
I said “I'm Diddy, bitch!”

[Verse 1: Jeezy]
I'm just sayin' hold up
California 'rari bitch, top just fold up
Nigga with an attitude, Michael Kors polo
Top'll get to poppin', make 'em freeze up like a photo
Nightmares 'bout the feds, smellin' like Hermes
Black with a check, now you Cortez
The exorcist nigga, when I roll it turn heads
Put some Ninas 'to they 'fros/froze like starin' at Medusa hair
You see me in these streets on these beats
With them hoes of the kitchen
A p*ssy nigga think different, p*ssy nigga trippin'
It's Jizzle from the bottom, die a legend out this bitch
I get to whippin' up that fo', and get a second out that bitch

[Verse 2: Trae]
King of the streets, twin drops I'm storin'
Bitch I ball for the city, just like my last name Horton
So much green inside the trunk, it should've stayed in the garden All I do is pay the price, I never ask what they chargin'
I pull up on your bitch and repossess her like you owe that
Put her in a flick and and display her like she was Kodak
King motherf*cker I'm classic like I was throwback
This ain't what you want p*ssy nigga, you better know that
Too deep in this 'rari, something blowin' like Bob Marley
Hit my youngin' with a chopper, tell him ride like Harley
I do this for my niggas in the city of the slow shit
Well they pulled up , and they bang something
Them laws come, we don't know shit
Street nigga problems, we don't never duck 'em
I'm an asshole, Trae forever young 'n f*ck 'em
Nuts hangin' to the point it ain't nowhere to stuff 'em
I let my chain play nigga, I don't ever tuck 'em

[Verse 3: T.I.]
Jays in the yard, Ki's in the kitchen
AKs in the closet, a quarter million in the ceiling
...wonder how they never caught me
All I gotta say is pay your taxes, pay your lawyer fee
People runnin' at a nigga, know the nigga I got
Yeah that's above the law, call it what you call it
Don't take no shit, 'cause I ain't no toilet
See me shawty, you see me...
I pulled up, hopped out, sharp as shit
Rolls Royce so big, can't park the shit
You ain't 'bout that life, quit startin' shit
Cause we ain't gon' wanna hear that ol' siren shit

[Outro: Diddy]
Ay yo, ABN
Trae The Truth
Kings, baby
I got stadium place, bitches
And I ain't just talkin' to women neither 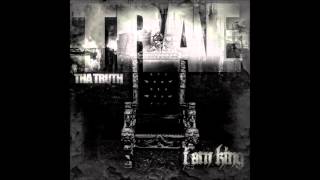