Well when I landed in Vietnam
I hardly got to see Saigon
They shaped us up and called the roll
and off we went on a long patrol
Swappin' lies, swattin' flies,
firing the odd shot here and there

Naturally somebody told a joke
and a couple of the fellows began to smoke
I took a whiff as a cloud rolled by
And my nose went up like an infield fly
Captain, he's a blonde fellow, from Yale looked at
me and said "What's a matter with you, baby"

Well I may be crazy, but I think not;
I'd swear to God that I smell pot!
but who'd have pot in Vietnam?"
he said, "Whaddaya think you been sittin' on?"
these funny little plants....
thousands of them.
Good God Almighty!
Pastures of plenty! So we all lit up and by and by
The whole platoon was flying high
With a beautiful smile on the captains face
He smelled like midnight on St. Marks Pl.
Cleaning his weapon,
chanting something about Hari Krishna, Hari Krishna

The moment came
as it comes to all
That I had to answer nature's call
I was stumbing around in a beautiful haze
When I met a little cat in black pj's
Rifle, ammobelt, BF Goodrich sandals,
Looked up at me and said "What's the matter with you,
baby"

He said we're camping down the pass
And smelled you people blowing grass
And since, by the smell, you're smoking trash
I brought you a taste of a special stash
Straight from Uncle Ho's victory garden
We call it Hanoi Gold.

So his squad and my squad settled down
Passed some lovely stuff around
All too soon it was time to go
Captain got on the radio
Said hello headquarters, hello headquarters
We have met the enemy and he has been smashed. 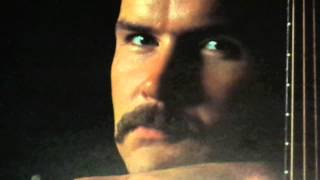