My mate Roger got a girl pregnant when he was fourteen. He was so shit =
scared he told me, and when he said
that her dad was a cop I thought he was joking. I told him he's got to =
tell someone, and so he went and told a teacher, and the girl eventually =
got an abortion. He was f*cking shitting himself, let me tell you, but =
six months later he was f*cking around like always.

"You betta watch it" I thought to myself. But Roger was pretty f*cking =
sure of himself. He was the guy who first brought a block of hash to a =
party. Because I was his friend I was there when he first showed it to =
people, and we all went down the backyard and he rolled a joint. Where =
did he get it from? My parents would have killed me if they knew. I =
thought we'd all turn into junkies or something if we had too much. The last time I saw Roger was last year at the Boxing Day test. He'd =
turned into such a fat, normal, yobbo cunt. "The wife nearly didn't let =
me out today" he said, and he did all that chanting yobs do, like "Ooh, =
Aahh, Glenn McGrath". "It got you in the end" I thought to myself, as I =
looked at Roger. "Life got you in the end, pal. You were such a cocky, =
successful winner when we were 16, but now you're just another sad fat =
prick sitting in the M.C.G high-fiving in self-congratulation, as if its =
you that had the skill and determination to play for Australia". Its =
the cunts with the bad haircuts that you've got to watch out for. =
There's never been a popular teenager yet who's done rat's with their =
life. Its the f*cking dorks that give it a real go. Glenn McGrath got =
5 for 50 that day.
Explain lyrics
Correct lyrics 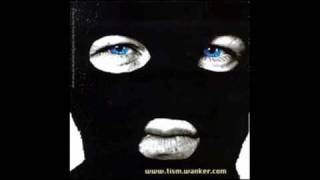 Rate The Parable Of Glenn Mcgrath's Haircut by Tism (current rating: 7.86)
12345678910
Meaning to "The Parable Of Glenn Mcgrath's Haircut" song lyrics (1 meaning)
Llywellyn October 25, 2009-14:24
-4
I love that ad to the right that says 'I got a cheque from the Australian government' and then it CLEARLY says 'Government of Canada' on the cheque.
Watch Video Comment Enlarge font Correct lyrics Print lyrics