Words Of The Prophet Lyrics

Words Of The Prophet Lyrics


I readthe signs from the eyes of the dead, and saw the seed of still-born tomorrow.
I heard the future from the realms of hell, the symphonies burdened with sorrow.

There would be a Messiah, not quite the saviour they promised you.
In Him the sensations of pain arise, He is the redeemer, the devourer of light.

From the fear inside you would born disorder,
spreading like rats upon ruins (like despair among angels.)
bringing forth the "apocalypse" and all it holds inside.

The true gift from the kingdoms beyond. There would be a messiah, not quite the saviour they promised you.
In Him all nightmares resite.
He is the redeemer, the devourer of f*cking light...

...And there would be legions triumphant!
Bloodstained hands speaking of their devotion.
Thousand times thousand wings would whip the air.

Inbred bastards of jehovah...!
No need to fear the abyss, no need to shed a tear, not a single soul would
be sent to hell...
...For Hell is what we'd have here! 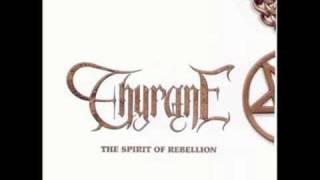