May I help you?
Yeah, um, uh.
Can I have your order?
Yeah, hold on a second im looking at the menu.
Ok.
ummm.
Would you like seasoned curly fries?
Please, don't, dont offer me anything. I'll tell YOU want I want.Ok.
Um. ok. you know how you've got the six piece nuggets?
Yes, six piece chicken nuggets.
Just, uh, can you just give me four nuggets? Im trying to-
It comes in six or twelve piece. Would you like to try them?
Shut up and listen to my order. Take the six nuggets, and throw two of them away I'm just wanting a four nugget thing. I'm trying to watch my calory intake
t comes in six or twelve piece.
Put two of them up your ass, and give me four chicken mcnuggets.
Allright, four six piece nuggets.
And then um... can I have a Junior Western Bacon Chee. A JUNIOR Western Bacon I'm tryin' to watch my figure.
Western Bacon Cheeseburger.
A JUNIOR Western Bacon Chee
Would you like that with onions?
No onions... um...
Ok Junior Bacon Cheeseburger, twelve piece chicken nuggets.
And um. I'm gonna' go with a filet of fish sandwich, since that has less calories cause it has less calories because it's fish.
Filet o' Fish.
Now if you could take a Coca-Cola and just go half Coca-Cola, half Diet-Coke cause' I'm trying to watch my figure. Tryin' to loose some of the weight.
Uh. you want half Coca-Cola half Diet-Coke?
Um... and a SMALL, a SMALL chocolate shake.
Because I'm trying to watch my figure. not a large, a small.
It comes in medium-small or medium-large. Small chocolate shake.
Um also a small seasoned curlys. Small seasoned curlys.
OK I got small season's curleys, western bacon cheeseburger.
Ummm... f**k my ass what else. Give me uhh. alright cherrys jubilee and thats it.
$10.01.
Kage what do you want?
Uhhh. Geez... let me have uhh... I think I want the regular western bacon cheeseburger, large shake, seasoned curlys.
Oh GOD. Come on with the order. Take forever!
That's all I want, that's all I want.
GOOD. Ok. How much is that sir?
(That will be $14.75 at the window please, please drive up.
Do you have any money?
Oh shoot... umm yeah I got like. Uhhh...
Give it to me. Alright Here...
Ok... we only have, umm...
alright I'm gonna need to cancel the last two things on the order.
Ok thank you. let's go. 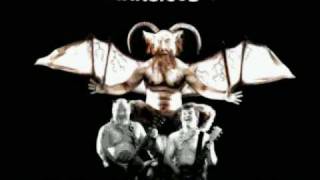