[Verse 1: Mad Child]
They tried to spread like a disease, I'm here to vaccinate
I chop you into bunch of pieces with an axe's blade
Motherf*cka, I'm an asshole
I got a cracked soul, fallin' in a black hole
I was homeless, used to sleep on f*ckin' cardboard
Now I jump around the planet like it's parkour
Next tattoo on my body should say "Hard Luck"
Feel like I'm starin' out a window that is barred up
And motherf*cka, I am hard up
Talk your f*ckin' ear off like a Christian in a Starbucks
Mad Child stay fierce, I am very vicious
I'm the leader of the cult without the Hare Krishna's
Small dude, everything I do is gigantic
I got the world in my hand, this is my planet
They say it can't be done, I'm like, "Why can't it?"
I'm the next Tech N9ne (Tech N9ne!), you're the Titanic
I'm from the BAX WAR fam, black metal, ma
I'm a rapper, I refuse to f*ckin' get a job
Makin' somethin' out of nothin' like the Mafia
These rappers couldn't see me wearin' glasses with binoculars

[Verse 2: Prevail]
I consume power and those who least expect it
The prisoners doom, make room for the new record
True wreckin' ball, speech patterns takin' buildings down
Two emcees, one producer, sure to make your feelings drown
Underwater slaughter, no oxygen in right lung Lost inside a time void, accosted when the night comes
Never fight the drums, they're bangin' out the speaker box
Colder than a solstice, hotter than a equinox
Fails four seasons, orchestrated like Vivaldi
I demonstrate and concentrate the strength of Swollen Army
So many heavy hitters, deadly spitters, rap assassins
Waitin' to attack until it's divvied up in rations
Cause that's when the stats'll stop dumpin' in abundance
We smash out them dagger mouths that battle my circumference
The circle grows stronger, much better when we're unified
War money, your money, you're bloody, do or die

[Verse 3: Mad Child]
I'm the misguided angel from the BAX WAR
You're a crack whore by the back door
I'm gettin' old, dinosaur, I'm a raptor
I'm the little white Hulk, he's the black Thor
I bury the past with various tasks
And carry an axe, reflection is as scary as mass
My cherry is passed, still I bleed external torment
My group is flyin' while you're crying, lying dormant
I'm the leader of a cult, but we're not the Mormons
But I walk on water like a f*ckin' longshoreman
I still got poison in my veins
Paint our faces up like skulls, yeah, my boys are f*ckin' strange
Mad Child, I stay colossal in the Colosseum
That's cause I'm awesome, you're a fossil in a small museum
I'm Colossus, made of steel, super human strength
My partner juggernaut, you f*ckers ain't gon' leave a dent 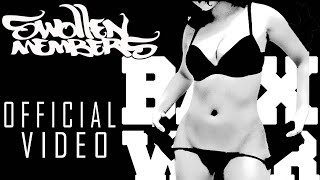