[Verse 1: Nas]
It's the late night greasy spoon patron
Poolhall making
Big bets, midsection got the 8 in
Dior Christian pimpin'
Got that penal system diction
Riffing, you don't want it you snitchin'
Spit a few at a traitor with that new AR
Try to kill me I'm the leader, that's coup d'etat
Streetsweepers in that Coupé all black
Bitches want my chipped tooth back
Steel mac, so my kufi never gets smacked
Squeeze the fifth with a grip as I dip
From the paparazzi
Still playing numbers (you can't stop me)
Still wearing bundles, and spark weed
If I ever say “Queens get 'em”, you know they got me
Success, scandal, bone deep, personal beef
So lead by example, or get trampled
Since Hip Hop Is Dead, this is the N
Congratulations in order 'cause we did it again

[Verse 2: Nas]
The chain's offensive
Brain on airplanes, Gucci frames are vintage
The two Tec Don in Yukon's and Benzes
Chicks who suck other chicks tits like infants The Apprentice but not Trump
I'm the n-gga with glocks and pumps
That you don't see much
Sucker free from chumps
Homes with cobblestones in front of 'em
He's got guns in cummerbunds, so understand you under son
Don't make me have you running from a hundred guns
Don't make me grab your only son
I'm coming from
A place Tanqueray and weed's the only escape
From phonies who hate
When you rolling with papes
That's why the God party with juicy models
They mob me, Denali, Charlie Luciano – hardly
Have to tell y'all, I kill y'all
For spitting songs that involve me n-gga
Original verbal assassin, have to carve me a n-gga

[Verse 3: Nas]
I got the armour tucked with the no drama luck
Tatted up, everywhere, my neck, arms and stuff
Like I roll my body around on wet comic books
The Dalai Lama prodded up, lighting chronic up
Ugh, of course I'm at it again
You know N, I throw caution to the wind
I talk about the life I'm in
But I swear to God I may never write again
But if I hit em hard, they say the World must kneel
Baddest girls gon lick my Tim' boot heel
Sayin' Nas running out of time
This is my last chance
Gotta shoots to kill, this is my last dance
I say hell nah, don dadda
Goons act fly, fly swat ya
Rapping ducks, modern day dracula's
What you coming out your caskets for
This game been dead but guess who came back for more 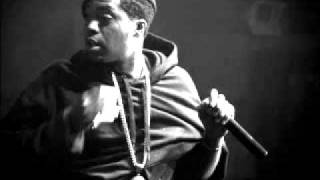