There's a catfight in the hallway
At the school, in the alley at night
Jump the fences, clear the benches
Party's over, time to turn out the lights
When you're screamin', you don't even have to be right

With your girlfriend, or your husband
He is a bastard yeah and she is a brat
But we're all in to the brawling
Hard headed woman and a baseball bat Got no reason, just get even
It's time to attack

There's a knockout at the bar fight
Chug a 40 and the bloody street
And we'll stumble, to the rumble
We're all laughing when your ass gets beat
Lovely anger, live for the rage
Unspoken hatred and it's oh so sweet
I ain't promoting, I'm just condoning
And you're dead meat
Explain lyrics
Correct lyrics 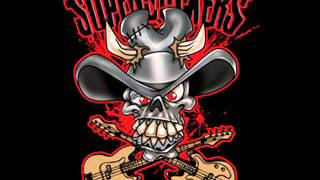