Let me tell you about a girl I know,
had a drink about a hour ago.
Sitting in a corner by herself, in a bar in downtown Hell.

She heard a noise and she looked through the door.
And saw a man she'd never seen before.
Light skin, light blue eyes, a double-chin and a plastic smile.
Well, her heart raced as he walked in the door
And took an empty seat next to her at the bar.
"My brand new car is parked right outside. How'd ya like to go for a ride?"
And she said."Wait a minute I have to think."
He said, "That's fine. May I please buy you a drink"
One drink turned into 3 or 4 and they left and got into his car
and they drove away someplace real far.

Now babe the time has come.
How'd ya like to have a little fun?
And she said."If we could only please be on our way, I will not run."

That's when things got out of control.
She didn't want to, he had his way.
She said, "Let's Go"
He said, "No Way!"
Come on babe it's your lucky day.
Shut your mouth, were gonna do it my way.
Come on baby don't be afraid,
if it wasn't for date rape I'd never get laid.

He finished up and he started the car
He turned around and drove back to the bar.
He said."Now baby don't be sad, in my opinion you weren't half-bad." She picked up a rock.,threw it at the car, hit him in the head, now he's got a big scar.
Come on party people won't you listen to me.
Date Rape Stylee.

The next day she went to her drawer, look up her local attorney at law,
went to the phone and filed the police report and then she took the guy's ass to court.
Well, the day he stood in front of the judge he screamed, "She lies that little slut!"
The judge knew that he was full of shit and he gave him 25 years
And now his heart is filled with cheers.

One night in jail it was getting late.
He was butt-raped by a large inmate, and he screamed.
But the guards paid no attention to his cries.

But that's the way it had to be.
They locked him up and threw away the key.
Well, I can't take pity on men of his kind,
even though he now takes it in the behind.
DATE RAPE! 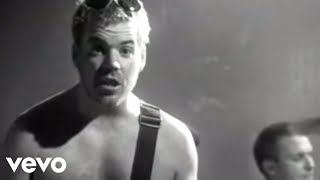