It was the people and the land,
There were no rules everyone understands
When a family was family with a plan
To live together off of their land

It hasn’t been that long ago,
A good time was had at the picture show
Every day the farmers would go
To a local cafe called Uncle Joe’s
That’s where all of the news was heard,
You could recap a week in a couple words
That’s the way things go down in Tupelo, Tupelo,
Down in Tupelo, x4

Nineteen hundred and thirty nine,
Tornado tore this poor town alive
Left many people without a home And they pulled together, for no one’s alone
Man is weak, many is strong,
Friends are friends back home
That’s the way things go down in Tupelo, Tupelo,
Down in Tupelo, x4

As a child I couldn’t wait to get out of this town in the sleepy South
I left only to find out that I love the people and the music and the places
Like in Memphis, Tennessee, they got the soul sound,
In Austin Texas they got the Western swing,
Down in New Orleans they got everything
Did you know ‘bout the one they call the King came from Tupelo
Explain lyrics
Correct lyrics 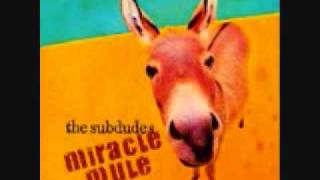 check amazon for Tupelo mp3 download
browse other artists under S:S2S3S4S5S6S7S8S9S10S11S12S13
Record Label(s): 1989 Atlantic Recording Corporation for the US and WEA International Inc for the world outside of the US
Official lyrics by