Well, it's just another song
Talkin' about how you let them take your rights
Another redundant verse about how you refused to fight & lost
What cost? Your cause has got no champion
How could you hope to win? By just complaining
Now it's raining on you parade
Decisions made could cost you dearly
Not just your money but your freedom
Are you wealthy improper choices could be deadly
They took your so-called rights
You didn't even fight
Well, here's your motherf*ckin' wake up call
& there just ain't no way around it
Caught you asleep once again & we ain't havin' it
Got freedumb for you to do just what they tell you
You missed that train of thought
You refuse to be taught a lesson
Now this is what I'm guessing
You'll be held accountable
The things you didn't want to know
You're stressin' Now with your mind they keep messin'
They took your so-called rights, you didn't even fight
While you were busy f*ckin' sleepin'
You know your government was creepin'
Somebody left the door unlocked while you were asleep
Your life was bought & sold, yes, to the highest bidder
Left you in sitcom hell
So convinced you're doing well
You sit back synapses are attacked
American gladiators are the only thing they're given' back
You're dying & in your mind, while they keep lying,
They took your so-called rights
You didn't even fight
Now that we've given you this message you've got a mess
But you can salvage, continue to grow
& soon you'll know that little things in life can make a difference
You don't got to be some politician
Take back those given rights
Stand up & join the fight 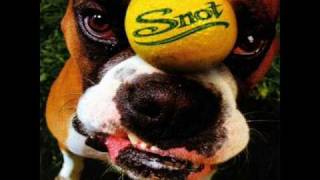