I'm addicted period.
You know. I mean like,
And its weird because so many of the population,
So much of the population is addicted or -
Or you know compulsive and impulsive.
I'm really like, compulsive about shit.
When I can't fix my head with, you know,
With a certain drug or whatever,
I'll clean something up, you know?
Or I'll, i get really like,
f*cking fidgety and uncomfortable and I get,
I fly off the handle easy, you know?
It's like if it's not,
If I'm not gorging myself on, on, on one thing,
I'm f*cking...I'm trying to fill that,
That hole some other way, you know what i mean? It's always this great feeling of need
And it doesn't ne-necessarily have to be of anything in
particular,
Its just something that you don't know what it is,
Which drives you that much more insane sometimes,
You know? And that's what a lot of people today,
Um, suffer, from and a lot of people don't even realise
it, you know?
I don't profess to know everything about it but, you
know? I don't know.
I just uh, I know that theres that hole that needs to be
filled.
And uh, a lot of people die trying. 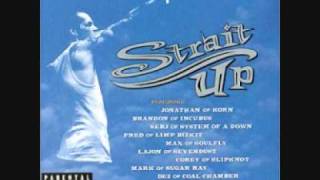 check amazon for Sad Air mp3 download
these lyrics are submitted by kaan
browse other artists under S:S2S3S4S5S6S7S8S9S10S11S12S13