Well he's in Indian Town, and what spots his eye?
A nice looking Indian, and honey looked fly
He had to talk because he just couldn't hack it
She wore some moccasins and plus a tough leather jacket
He trotted over and invented a line
He said "Excuse me, um, do you happen to have the time?"
All was on his mind was sex, sex, sex
So she said "Why do ask? You got your own Timex"
To poor old Dave that line was cold blooded
He felt that her ego was way over flooded
She started to laugh and then she started to say
"I'm sorry some times I do get carried away
I didn't mean to like ill treat you
My name is Running Rabbit and I'm glad to meet you"
He said "I'm Dave, with crazy clout"
"Oh you're the one the girls keep talking about
Yeah, you must be, because you look like a winner
Come to my house, we'll discuss it over dinner"

Well, he met her father, Big Chief Beretti
He said "What's for dinner?"
"Soup and spaghetti"
The dinner was rotten and he swore he's gonna puke it
He never would have took it if he'd known that he had cooked it
Later on they were chilling, in the bedroom
Sitting at the window looking at the moon
Judging from the mood he swore she was hot
He said "Are you in the mood?"
She said "No I'm not"
From what he believes and from what he gets
When a girl says no, he really thinks she means yes
So, he started touching her and coming out strong
Whispering sweet nothings and singing a song He said
(singing) "I'm in the mood for love,
simply because you're near me,
funny but when you're near me,
I'm in the mood, don't mean to be rude,
but I'm in the mood for love"
She said "Oh Dave, you've got my poor back hurting
I want you, but first close the curtain"
He closed the curtain and also the doors
The next thing you knew it was off with those drawers

"Take it easy Davy, you're hurting me. Stop"

Well, he was playing with her tits, they were soft not lumpy
And then he cracked the legs like Humpty-Dumpty
He's f*cking, sucking, also finger popping
He had, no intention of stopping
Crazy fun, he did not want to leave
His head was between her tits and he could barely breathe
He had to toss, turn, turn, toss
Meanwhile he was riding her with crazy force
She was burning hot, she said "Stop, stop."
He said "Are you talking sex or what?"
I guess she didn't realize what she started
Next thing you knew she was acting retarded
She said to him strangely and kind of merry
"Stop now, or I'll be unable to marry"
He didn't take her warning
He rode her till the morning
He rode that ass till the p*ssy started yawning

He said "What? Wait" His dick went weak
It said "Dave, pussies ain't supposed to speak"
He gathered his things he wanted to leave this place
But first he wanted to see the vagina face to face
He opened it up, with his bare two thumbs
He seen crabs with SPEARS AND INDIAN DRUMS! 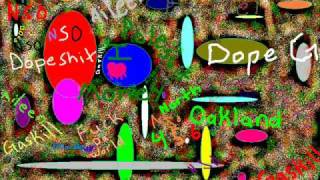