Death before dishonor, still growin' like a farmer
So-called soldiers walk around in glass armor
I remain calm or run the point like Chalmers
I can feel the ghost of the victims I plan to bomb on

I plan to avoid the penitentiary, pencil these poetic memoirs
Of a star trapped, thoughts tap, ADHD
All that bipolar make me fall back
What y'all lack I instill in pen skill, lyrical contact

Yeah, dog, I got a bottle and a problem model
These cats wanna fist fight but I'm homicidal
I can't keep my mind swayed, all the drama I know
And my cocaine is rockier than Colorado

I got a single-shot Ruger, hopin' that I hit my mark
The life of a shooter, my brain is like a f*ckin' dart

I been sippin' 40's in the park, duckin' from the narcs

Bustin' from the heart, p*ssy, all the stars torn apart

Aimed at those who oppose where my life's headed
On a futon, eatin' croutons with light lettuce
On a cruise ship, stuntin' with my new chick
She keep both hands on my dick like a pool stick
She the coke holder and I ain't talkin' soda
'Bout to run a train on the game, baby, bend it over

Be my Henny coaster, ass stupid fat
Couple shots of Henrock, no question what I do to that
True to fact, Rugers blast steady on the block
Henny on the rock, gimme-gimme plenty shit to talk

Them are not really ready, I should have been killed already
I would have been dead and buried in the very cemetery
In Roxbury with every Tom, Harry and Jerry
But I ain't never worry for nothin', nobody is scary
I came up the highway, I earned what I have
Caught the science of the violence and I learned all the math
Carry gasoline tanks, I was burnin' my path
Held a razor blade close, I'm determined to slash f*ck two porn bitches spittin' sperm in the bath
Punch 'em both, but they weren't into that
I'm f*ckin' with ya

Taught to never testify, beef, we let them weapons fly
Feel the hunger when I rap, you niggas look like shepherd's pie
Paralyzed by coke lines and methadone
Shoot you in the chest, you should have never left your vest at home
I left your heart and a part of boy in the water
No love for these little heifers, we sendin' them all to slaughter

The [?] version of hate I slaughter virgins escape
The sort of version of fate you can't record on a tape
I'm an animal in the jungle, camcordin' an ape
I'm a lion defying a giant flying with capes
I am firin' away, tight spiral and I'm wired and I'm
Burning houses up 'round the firing way
You exist in my nightmare, I can die in my sleep
Buyin' an eighth, you gotta love me I am the great

So get your white sheets, yellow tape, pistol poppin' set you straight
Hit your head and hit your face then close your casket at your wake
Hustlin' proper, guzzlin' vodka, no one can stop us
We totin' choppers at helicopters, we f*ckin' mobsters
Put steak sauce on your tits and have a barbecue
Bring your daughter, dude, I'm John Madden callin' all the Bulls
I'm Charles Manson in the game how I slaughter crews
Tight formed raps, spit a, make the water move 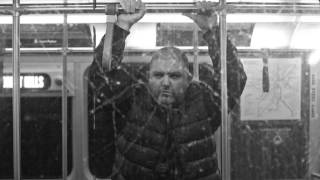