[Verse]
Ok, sitting in the essence of it all seated better than
before
My autograph resembles the sketches on the wall
To blindly put a bid in and never to withdraw
What it brings is what it brings is whatever when its
drawn
Underlings wanting rings its like catching a reward
As far as I know, having money never did me wrong
So forgive me for the motive and exposing my exposure
"The Opener" to me was a way of giving me closure
Told them one of one to be the one is to be lonesome
And opening the trunk was their way of turning my tone
up
Y'all will get it potentially when you grow'd up
Big paws on a small pup like f*ck the hold ups
I'm more for the immediate when all they see is medians
I'm over the shoulders of the norm for the deviant
I'm noted as going up beyond from the previous
Peeking through the floor of the above like where the
ceiling went?
Oh, there it go, better yet, there it was
I heard whistles as much as you trying to hear the
drums
So miss me with the wonderings and the whys
These Grapes wouldn't fit you, no wonder I don't reply
They say God bless the child that could hold his own
You pay blogs to hold you down, I just throw em my
poems
And they Olajuwon post, I'm honored by the most
Hiding their face when they trying to find the dope

[Hook x2]
See this is just a test drive
So tell them I ain't sitting where the rest ride
Shorty say I'm whipping like I'm next right?
But I'm just trying figure out my next drive

[Verse]
The game's f*cked up dude's beats is banging dude your hooks did it
Your lyrics didn't ya blogger look did it
So I would write it if y'all could envision
What was real from what's distilled and the good
difference
But between the two of them, easy to bow out and be
through with them
But realizing they still ride off of how I influence
them
Made me never-mind like I'm Francis pops
Said it smell like teen spirit when you stand on my
block
Aspiration, corners employed to handle hard
O's on they mind, its looking like Camden Yards
I mean, with Stoudemire's for hire to man the charge
And more of them in training just look to the handle
bars
I mean, I handle bars for the broads that speak light
Made her scream to be quiet, I guess I'm Malik Wright,
Am I right?
Is this what they said it would seem like?
And if so I wouldn't have wrote what I wrote by them
street lights
I mean, humble pie on a plate, it's set behind me
Cause Hustle said it best I'm just better than
everybody
So, what up Chi-Town, anytime that y'all out
Visiting the borough you good as long as I'm 'round
Cause I was in the Chi and y'all treated me like I was
Tomahawking
With a 1 on my back for the Southside
So when we at the table and them bottles come close
Just know that that teen spirit corner deserves a toast
And I'll toast to myself if it don't seem
comprehensible
Tipping my fitted to my mirror the commendable
I been what I talk since December 24th
And from then on I never had to pretend to you 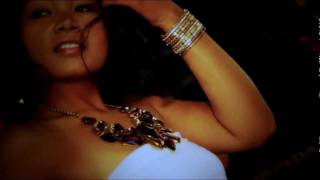