[Intro]
Blacc John Gotti
This just what goin' on, you know
It time for this
Done Deal on the track
It my time
Watch out

[Verse 1]
Pop his top, cork, drop the top, dog
Take her top off, get my rocks off
Good fellas, not soft, they gon' pop off
In the 9 wit' it, gettin' guap dog
Shit can't stop, y'all, shit won't stop, y'all
At the top, y'all, from the block, y'all
Say they real niggas, but they guap shawt
You's a li'l nigga, you's a hot dog
From the top of the block lookin' down, dog
Used to come up on the block to hang round, y'all
Niggas never gave me shit, didn't make a sound, dog
Niggas could never make me hits, they stole my sound, dog

[Verse 2]
From where the bottom was, they gave me problems for it
I'm a motherf*ckin' product of environment
This is not no motherf*ckin' question
All them niggas bluffin', that's the end of discussion
f*ck that shit you talkin', you ain't talkin 'bout no money
I'm tryna get some money to get mama what she wanted, ha
Don't come in my session man, I promise you not wanted
I'm trying my best not to just f*ck up my opponent

Lord, have mercy on 'em

[Verse 3]
I been broke too motherf*ckin' long, bro
To do yo' ass a favor on a song, bro
Ha, an' I ain't gonna tell yo' ass what I went through
Some'in you p*ssy niggas never been through (Unh)
Okay, I come from the slums, come from Landrum Arms
Back and forth to Holly Ridge, that's where Daddy was
Okay, jumped off the porch on Bankhead 'fore I was legal
Cedar South Band[?], my brother Jimmy Blacc and D-Mo 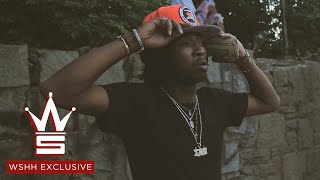