Still goin' through the same shit
Still movin' on the lane switch
Niggas switchin' on some lame shit
Bitches want me on some gang shit
Brother had a lot of dope money
That's a whole lot of chains bitch
Don't you ever ever claim rich
Boy I grew up kind of famous
On the block with a Glock
Better watch for your watch
They'll take off with your chain, shit
That's a whole lot of gang shit
I miss you Ball
I'm hurtin' inside (Bankroll)
Jimmy gone, Jimmy died
I done forgot how to cry
Why did Ayman have to die?
Why did Ayman have to ride?
Couldn't look in Kristy eyes
Couldn't look in Kristy eyes
I'm still goin' official
Rockie you know that I miss you
I'm still alone when I'm smoking
Ain't forgot about you Smokie
Still sippin', gettin' loaded
Still trippin' 'bout the homie
Troup died, I was broken
On some neighborhood rollin'
I'm so damn unfocused
I lost a lot of focus
Had me damn near hopeless
I lost a lot of hope
Ain't a damn thing funny
Not a lot of jokes
Can't take a damn thing from me
I hurt a lot of folks
Listen, I cannot lie to folks
Better pick your side, you probably die with both
You can't pick your fights, better not miss your time
If you risk your life, represent your side
Represent your guys, you don't get no sign
You gon' miss your guys, you gon' miss those times
Shit, all 'bout my dawg (Bankroll gone too, Shawty Lo gone too)
All 'bout dawg (Bankroll gon' too)
I miss my dawg
I miss my dawg 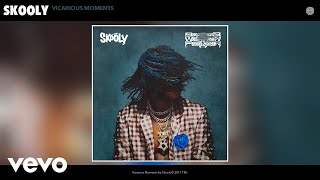