Hey daddy, can you sing me the bedtime song about Mr. Shawn?
Course I will, sweetie

Shawn got drunk and took off his glasses
Jumped on the floor and moved like molasses
Slowed the whole club down
Everybody spinning
What's the score?
Shawn's still winning (ooh)

Well it's Friday Night and I'm bound to start a fight
With my Jordan jersey and my British Knights
That's what I'm talking about
Shawn was always known for starting shit
At the party, I brought punch, he peed in it
Shawn was a big dick motherf*cker
Had a hot girl and he loved to f*ck her
They would go on dates and he would make her do crazy shit
Like when they went fishing and he told that bitch Hold my dick while I'm pissing, bitch
And hold my rod while I'm fishing fish
I want a nasty bitch
A real sick bitch
The kind of sick bitch that'll eat your shit
I want a girl so sick
That she's crazy f*cking mental
Takes a shit on a plate then dissects it with a pencil
And takes that f*cking pencil and sticks it in her mouth
Then sticks it in her p*ssy then sticks it in her mouth
I want a girl so motherf*cking sick that she would eat my f*cking shit
That's the kind of girl Shawn has
I want to wax my candle if you know what I mean
I want to jack off on Charlie Sheen
Hot Shots! Part Deux
In your face like ew

Bass, bass
Treble and bass
Shawn had a pretty f*cking ugly face
But his dick was long and his heart was strong
And like I said before, he had it going on

Remember to write some words for this part 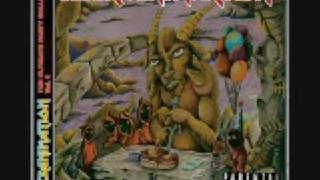