I've been called
A bad boyfriend and even worse ex
Told put God first and her next
If she's the only girl like Snow White or Smurfette
She's not, I am
Dating nobody - nobody's perfect
And there's no sure bets
Just courage and first steps
We don't talk - got hang-ups and one-word texts
Lessons learned on hurt and discipline
In repair - still need a lotta work like Michigan
State improves when my Pistons win
Or when I see my sis again
Missin' friends I call when I'm getting bent out of shape over
Wait (weight) Â... fixed that
Fit but no six-pack cuz I won't do sit ups or give up Big Macs
With Shad you always get a mixed bag
Sadness and joy, wins and mishaps
Healed wounds and picked scabs
More ups and downs than a Six Flags
Music with a message I left after the click
Don't goÂ...

Chorus (Lisa Lobsinger): I said, 'don't you go'/ But you hate talkin' on the phone/ You're way too close to home (try your call again) x 2

She's so off the hook, but when I'm letting go of the telephone
She goes off the wall, like a hella old centerfold
Should've left the cell at home
We're breaking up
Can't hear what she's sayin' But I get the tone
Nah'mean? Nah, I've never known
Say you mean well, then how come I'm left alone
When I need help
This female won't take my calls
It's like pool - and that's her cue to break my balls
The games we play replay each day
Phone tag, hide-and-seek with the PDA off
I'm on course like the PGA
Towards a deep sea cave
Where my treasure is kept
Buried like death in the depths where I keep me safe
I'm just like, 'ay, we'll keep in touch'
Not close like Glen, just close enough
That the attachment's still there, just never opened up

And the bill for my cell is high c-notes: Wynton Marsalis
Man, why Telus gotta be so selfish
Helpless - ran out of luck
Ran out of minutes on my Solo before I could finish (don't go)
Don't end this while I'm roaming on the road dolo
Woken up with a special ring like Frodo
I get the picture- don't upload the photo
I can see you both - pixels in my mind load in slow-mo
TLO on the mixer switch to phono
For grown folks BB pinnin' hopes bu the phone's broke
DisconnectedÂ...
Just a secondÂ....
I'm cutting out
TLO cut the records 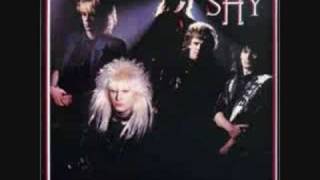