Break Down The Walls Lyrics

Break Down The Walls Lyrics

The gray wall saving who from who?
Unsung hero's killed going through
In the shadow of the wall another one dares
Twenty five years of nightmares
It's gotta stop (stop, take it or leave it)
It's a symbol of war (we don't want it)
Break it up (now)
Can't they see, there's no life behind closed doors 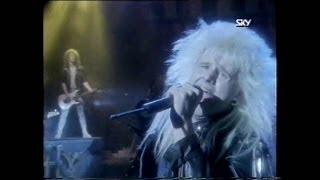