You can see it in the faces of people everywhere
Fear, desperation and pain
The curse of ancient enemies
passed from father to son
With the blood of hatred runnin’ through their veins
Look into the eyes of shattered souls,
lives destroyed by war
Images are burned into your brain

Over land and water
Hell rains down from the sky
Brave sons and daughters but fate decides who’ll live or die
We try to justify,
but who will cry for the children, yeah

In the name of God above look what we’ve done
In our lust for enemy blood,
we’ve blown it all to kingdom come
A holy sacrifice,
but no one cries for the children 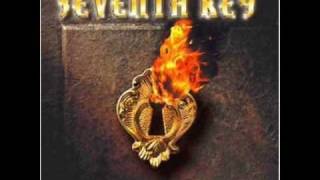 check amazon for Winds Of War mp3 download
these lyrics are submitted by kaan
browse other artists under S:S2S3S4S5S6S7S8S9S10S11S12
Record Label(s): 2005 Frontiers Records
Official lyrics by