What, fade me how?
Shit, on this rap shit
Come on, nigga

'Cause you done came at me the wrong way
I ain't no Clint Eastwood, nigga
An' you done picked the wrong day
So bring your ass to the battleground
Rat a tat tat, like that is how my gat'll sound

Avoid no niggas 'cause niggas be human
I squeeze the trigger an' niggas be movin'
'Cause I don't point it in the air
An' pull the trigger, why?
I'd rather point it at yo' ass an' watch the nigga die

I gives a f*ck about your team mates
When it's all said an' done
You're gonna wish you never seen 'Face
You shoulda seen that lil' nigga, Brad
James through here, seen Dave an' yo, that nigga bad

I've got the mind of the man right behind you
You can run, you can hide but I'll still find you
Like I say, there's no getaway
An' I'm gon' have it where
Your family'll have to throw your shit away

It's the return of the real niggas
I'm prejudiced to a certain extent but still I kill niggas
I'll bust that ass on the f*ckin' double
So push on with that ho' shit, bitch
'Cause you don't want trouble 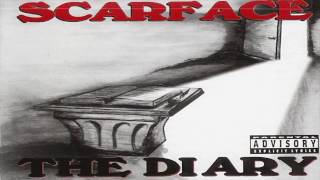