The Widow And The Bride Lyrics

The Widow And The Bride Lyrics


After the dance, after the innocent fall from
The terror that lies in the hand's of the damned
Under the trance, only the voices that cry in the dark
Inherit the poisonous stand
Unto corrupt, unto remain, unto escape its
Imprisoned obsession with pain
Into the heart, into the brain, into the
Mortal conspiracy taking its claim
Guilty the widow, frantic the bride
Witch of seduction, virgin of lies
Master illusions, filled with surprise
Killer the widow, hostage the bride
Freak of destruction, thief of the night
Lady of anguish and thorn in my side
Leech of the angels, whore of demise
Ghost of creation, living to die
The curse of temptation and misery cries
The threat of extinction inherits the
Tears from my eyes
Under the night, under the sickness that Crawls in the shadows infecting the victim within
Over the lives, over the souls of the children
Who cry, for the widow is striking again
On to the crowd, on the call on to the audience
Taking its prey one and all
Into the blood, into the veins, into the face
Of humanity's reign as it falls
Ready the widow, panic the bride
Murder the madman, nowhere to hide
A badge of assassins are waiting inside
Thirsty the widow, bloody the bride
Death of creation, birth of a crime
A bitter seduction is burning in time
Child of a stranger, child of the night
Son of temptation, daughter of light
The closer you get to the answer insight
The sooner you can learn that we're dead
Or we're losing the fight
Explain lyrics
Correct lyrics 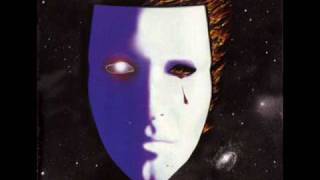