A thousand bloody hand prints stain the walls of liberty,
A stranger hides in dreams denied, awaiting his release.
I've seen this picture before.
I never though that we would end up here,
When fascism comes as an angel of light
Its license parading as tyranny drives forth its son.
The son of morning dominating fears, afflicting fallen men.
His body highly organized; its coming into prominence
To bear its ominous warnings.
Its in your blood to comprehend its origin,
For those who refuse to remember the past are condemned to
Repeat it,
The first and the last, dust to dust...
History is his story
And life is laughing at its peril.
Building towers that come forth in men,
Shifting powers consuming us within,
They will puzzle the apostles till the end.
Enter into the silence, into the dying life of America,
The brave, the slave, the grave.
The shattered pigs dying as primitive savages, Eating their flesh, they lie rotting in dirt,
While a stranger among you has challenged the course
Of inhuman existence and alien forces.
The birth of the black prince is setting the stage
In its thriving dissension, exalting his rank,
And the innocent man will fall victim to hands
In the trial of the truth
And its twisted reversal.
The union of factions bleeds shock to the system,
For civilization has ended today.
The transitional nature of acts and society climbs in its place
While its face re-creates and until your god is dead.
Enlighten me with your pale statues, face of inhibition,
And until your reign has ended, frighten me with your
Stale-taste-tongue of inquisition.
In your eyes I will come forth in men lines with no justice,
No order to defend, and the stone will be cast again...
Enter into the fire, into the bloody gates of America,
The great, the fate, the late.
Explain lyrics
Correct lyrics 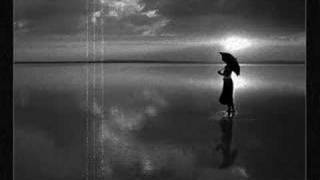