Betrayed by promises of old, the gem just left him cold
So in the hole it stayed

Hunted by armies of the land
Confident in their hands the promises would come true
Finally under veil of night,
Stolen by blood and might,
the quest for the gem was through

Betrayed by promises of old, the stone left them cold
So in a new hole laid

Now in my father's empty home,
me and my child alone happen upon the stone
I had heard stories through the years and with no
little fear, I give it to my boy
At last the promises of old were just as they'd been
told and now the whole was known 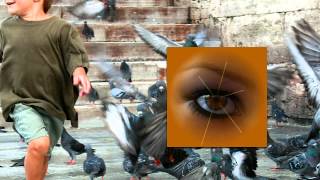 check amazon for The Joy Gem mp3 download
these lyrics are submitted by kaan
browse other artists under S:S2S3S4S5S6S7S8S9S10S11S12S13
Record Label(s): 2005 The Lazarus Group
Official lyrics by