[Intro]
(Yung Lando go crazy)
Yesterday, I had nothing
Didn't know whether I'd amount to something

[Verse 1]
I know a nigga with a body
Tryna add some more to his count (Kill, kill)
I know another nigga with a body
Paranoid every time he leave his house
Majority of niggas die with they guns
Just 'cause you got it don't mean you gon' pop it (Facts)
I hit a ho in Houston with the Rockets (That's facts)
I hit a ho from Houston on the Roxys (Facts)
We don't get high off the alphabet
Even though we take RPs
Got eighty-one G-Shocks on this Rollie
NBA game, project baby sittin' floor seats (Yeah)
Last year, my tissue was covered in blood (Why?)
Yeah, I used to sit nosebleeds (Okay)
Hi-Tech red when I pee (Piss)
I ain't tellin' you to die, but don't breathe (Miss)
I'm telling you bye, but don't leave (Hit)
I'm a project baby like Peezy
Keep me a banger, Chris Breezy, ayy
I make this shit look easy, ayy
If she love me, I tell her to cut it the barber way
All of these rap niggas just like my sons, I ain't get nothin' for Fathers Day
Ten bands, twenty bands (Yeah), thirty bands, forty bands (Thumb through it)
Fifty racks (Thumb through it)
A hundred stacks (Yeah), double that (Triple that)

[Interlude]
Yesterday, I had nothing Didn't know whether I'd amount to something
I had holes in my shoes and in my clothes
Only yesterday

[Verse 2]
And I'm going out cheap, only for yesterday (Yesterday)
I'm tryna f*ck you today even though we met just yesterday
These niggas play when they 'round me, it feel like yesterday
Show me that who was just with me, I cut 'em off yesterday
I could've bought nine pairs in Ballys, but I bought some Amiri jeans
I told her she cannot suck my dick 'cause she just ate onion rings
We get more backends than a pregnant lady
I bought her YSL, but it's all gucci just like Radric Davis
Baby bottles full of lean, gave them hoes to Poody for the trench babies
I rock the Cuban links even though the boy is a damn American
You shoot, no misses, give them niggas the blues like Sir Charles
I don't think they get it
No misses, we give 'em the blues like Sir Charles
Can't feel my face
Took twenty-one Percs today
And the red numb the taste
Still won't get tired 'fore Kevin Gates
Bought so much Palm Angels, last night I saw Heaven gates
And now I'm young and getting money, but my girl's not Reginae

[Outro]
Yesterday, I had nothing
Didn't know whether I'd amount to something
I had holes in my shoes and in my clothes
Only yesterday
Explain lyrics
Correct lyrics 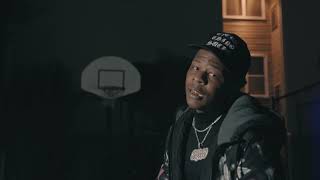 check amazon for Yesterday mp3 download
these lyrics are submitted by itunew3
browse other artists under R:R2R3R4R5R6R7
Songwriter(s): Rylo Rodriguez