[Verse 1: Rylo Rodriguez]
We'll go to war with the whole state, we ain't scared of them
We don't throw no guns inside the lake, we go bury them
Same niggas sneak dissing makin' songs, they just bury him
He don't got no Jordan's he just gon' rock that K, wait on his per diem
Get off our dick, go and ask your BM
Hellcat donut, cracked the rim
They already dead, bro, it's been said
Who we gon' smoke after them?
Ho in Baton Rougе say I'm her lil' yeah
She twеnty-one like Savage 'nem
Strapped up like it's Call of Duty
Ain't no regular shots, we hollow gang
AR pistol, empty out the clip, then reverse it like a college game
Lot of niggas say if you catch a body, you can be in the game
But not with us, we go off, if you keep it solid, you can be in the gang
Young nigga got a dub' but he'll be happy if you send him anything
Murder, murder, murder, murder, murder, yeah, that's all she wrote
Birkin, Birkin, Birkin, Birkin, Birkin, I ain't finna buy that, ho [?] but—
[Interlude: Ini Kamoze & Rylo Rodriguez]
Out in the street, they call it murder
You know, yeah, yeah
Out in the street, they call it murder
SB's
Glock switches

[Verse 2: Nardo Wick]
He's a murder boy, murder boy, [?] man
Now we pull up, hop out Sprinter, used to hop out minivans
All I did was shoot, I ain't have to up, it was already in my hand
All I said was, "Yeah," before that night, he was already in the sand
He's a murder boy, murder child, play with him, he'll murder y'all
Ninety-four plus ninety-three, they call where he from murder town
Load 'em up, take 'em down
Load the car, spin around
Drum stick, fifty rounds
Switch attached, sprayin' rounds
Switch attached, go side to side
Got shot in the toe, bitch should've died
Glock shoot it to him, like a magic trick, we gon' blow his mind
Yeah 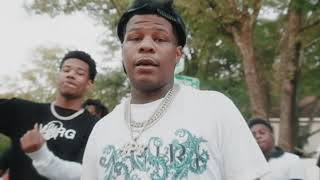