The People That You Never Get To Love Lyrics

The People That You Never Get To Love Lyrics


You're browsing through a second hand bookstore
And you see her in non-fiction V through Y
She looks up from World War II
And then you catch her, catching, you catching her eye

And you'll see her on a train that you've just missed
At a bus stop where your bus will never stop
Or in a passing Buick
When you've been pulled over by a traffic cop Or you'll share an elevator, just you two
And you'll rise in total silence to the floor
Like the fool you are, you get off
And she leaves your life behind a closing door

And you think about
The people that you never get to love
The poem you intended to begin
The saddest words that anyone has ever said are
'Lord, what might have been'
But no one said you get to win 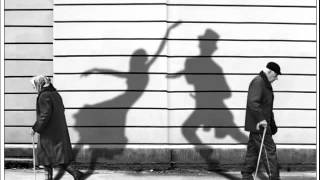 check amazon for The People That You Never Get To Love mp3 download
Songwriter(s): Rupert Holmes
Record Label(s): 2000 Universal Music Enterprises, a Division of UMG Recordings, Inc
Official lyrics by