When The Demons Ride Lyrics

When The Demons Ride
Runic
Playing With Gods Vs Myself Last Days Of Aghrapur Part Ii: Lost Empire Liar Flags Predecessor To The Fallen Ones The Search Showdown Seed Of Unrest Prophecy Of A New World
Official page Runic wiki When The Demons Ride video Runic twitter

When The Demons Ride Lyrics


To the farthest town of the highest hill
I was led by the spell of misfortune witch
With a drunken crowd wounds from past were healed
But it´s not good to loose the control
... Under unconciousness...

World is coming down, far beyond the seas
Rulers never have enough to feed their greed
With a broken law they have free the beast
Our destiny will be hanging
By a thread when the demons ride

Stygia is my destiny
Stygia is you destiny

A frozen poison made of rage was poured
Deep inside their soul
There is a dusk without its dawn prepared
For those who built their thrones
Over the martyr bones...

Don´t waste your life... There is no crown which earns a life

Unhealing wounds have overflown their riverbeds
Fallen traditions have been humbled at the sight of the
adepts
You have subjected whole empires to your will
But don´t forget that some species are never tamed...

You can spread my remains over the oceans
But you will meet with other threats...
You should realize that distressed wings beat stronger
In mighty raven´s flight

Blind crowds are waking up from your lies
Can´t you hear the shadows breaking up the silence?

Figures are riding
Before my eyes...
Can´t you feel their presence streaming in the cold
wind?

From the farthest town of the highest hill
I was sent by the spells of misfortune witch
I left empty words in a mountain but
Our destiny will be hanging
By a thread when the demons ride... 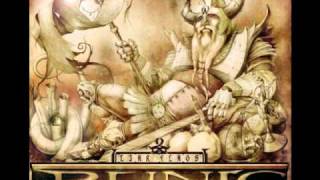 check amazon for When The Demons Ride mp3 download
these lyrics are submitted by kaan
browse other artists under R:R2R3R4R5R6R7
Record Label(s): 2006 Massacre Records
Official lyrics by