Prophecy Of A New World Lyrics

Prophecy Of A New World Lyrics


Malevolent mirror,
With a powerfull cruelty.
Where the suffering is predicted to exist.
Reflecting the worst
Of the world´s history.
Controlling its lousy destiny.
Ancestral wizards
Were cursing you.
But nobody is free of your reach.
Glass fed with spiritual sins.
They paid dearly for their insolence.

Inheritors of the crown of thorns.
You´ll praise betrayer merciless god.
Who will burn your hearts
In a high greed hell
To take the revenge for the murder of his son.

And so the third ghost.
The one holy ghost.
Set its compassion aside...
With the essence of blood.
And the wood of the cross.
Broke the balance between death and life.

Unlocking a door
Reflectiva in shape.
To the universe negative load
And the rotten souls,
By the excess of grudge.
Brought under control the physical world
The same as a virus corroding its host.

Mirror, spit the reflection of hate, Placed deep in human being feelings.
Charged through the ages with sceptical repetances.

Eminence of fire.
Gift from the infinite depth.
Show me the wisdom
Of that who was revealed against the whole.

And searching in its blinded light ray.
I found myself as if it were no changes!
Perhaps believe in the mirror means you believe
In your own human´s evil.

I promise my faith, without fear to lose
My future, my own life, my body, my soul...

Without fear to pass away.
Without fear to serve to the eminence of fire.
Gift from the infinite depth.
Show me the wisdom
Of that who was revealed against...

Inheritors of the crown of thorns...
You´ll be a virus corroding the world.
Placing deep in human being feelings
Reflections of hate for the murder of his son. 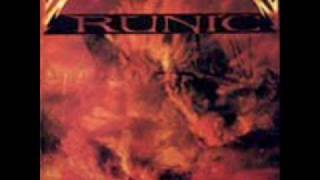 check amazon for Prophecy Of A New World mp3 download
browse other artists under R:R2R3R4R5R6R7