I got home and the door was locked so i tried to ring the bell,I found a little bitty note that she had wrote telling me to go to hell.
I crawed in the window got inside she kicked me in the balls and then i cried,Called me a name said I'd lied kicked me again and I thought I died.
She took my clothes set them on fire, hit me with her curling iron.I tried to block it with my watch, then she kicked me in the crotch again.
Yea today's the day my wife met my girlfriend.

Well I tried to tell her but she didn't care thing's weren't what they seemed, She had a pan on the stove of full of boiling water and my nat's would soon be steamed. I tried to run, scream for for help, she hit me in the nurts with a rinestone belt. It was like nothing that I'd ever felt, I thank god I wasn't wearing a kilt. She grabed the bat from beneath the bed swung it once and missed my head, She rared back, swung it again, Then she hit me in the twin's again. Yea today's the day my wife met my girlfriend.Yea today's that awful day,And my boys won't be the same. Yea today's the day my wife met my girlfriend.
Explain lyrics
Correct lyrics 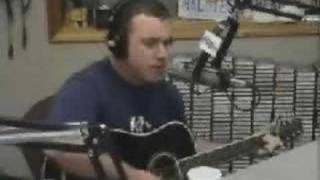