The Man Behind The Drums Lyrics

The Man Behind The Drums Lyrics


We left New York City, with nuthin' but a song,
she'll be coming' 'round the mountain when she comes.
We wound up in Woodstock, at an old time jamboree,
came to see the man behind the drums.

Son of a plain dirt farmer, from southeast Arkansas, he was born in a bare ramblin' shoe.
Up and down the highway, and all around the world,
laying down the rhythm and the blues.

We were hangin' from the rafters, singing every song,
that big barn band was hot as it could be.
Up there in the spotlight, the man behind the drums,
was takin' all the load off for you and me. 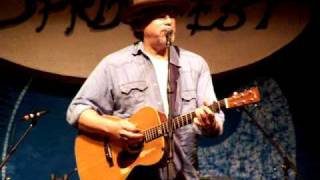