The man outside he works for me, his name is Mariano
He cuts and trims the grass for me he makes the flowers bloom
He says that he comes from a place not far from Guanajuato
That's two days on a bus from here, a lifetime from this room

I watch him close he works just like a piston in an engine
He only stops to take a drink and smoke a cigarette
When the day is ended, I look outside my window
There on the horizon, Mariano's silhouette

Their skin is brown as potters clay, their eyes void of expression
Their hair is black as widow's dreams, their dreams are all but gone
They're ancient as a vision of a sacrificial virgin
An innocent as crying from a baby being born 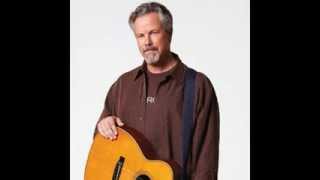