He worked as a janitor in a hospital and he met her there
Her husband's fist, her swollen face, her broken ribs and missing hair,
Her crumbling voice, her soft white skin and blonde hair
No charges did she file
When the husband wasn't around they'd talk in her room
after shift and before shift at his lunch breaks at noon
Because of their meetings the janitor bought himself new clothes and he cut his hair
He bought her things; a radio, books, a nightgown, and magazines
He'd come down in the middle of the night and he'd drink coffee
and tell her about the few places that he'd been & the things that he'd seen,
how he was beaten up and he almost died while walking home through some college ground,
and about a depression that came from it and never let down A day before she was to be released he carried her down to his car
and drove her 7 hours to a motel room for her to rest and for them to be alone,
but two days later she began to cough up blood
She locked herself in the bathroom, and she sat down on the floor, she sat down lost and through,
'cause she wouldn't go back to the hospital which would
lead to her destruction and ruin,
of purple dripping alcohol and smashed records on the floor
and his cluttered breathing and their pictures still hanging on the wall
She finally stood up with red stains on her shirt and she walked back out to the room.
"Save my life," she said. He grabbed her hand and said, "That's all I ever want to do.
I just want to be with you, all I want to be is with you." 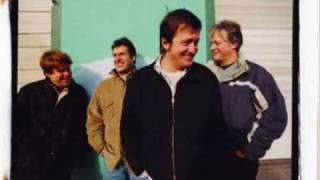 check amazon for The Janitor mp3 download
these lyrics are submitted by kaan
browse other artists under R:R2R3R4R5R6
Record Label(s): 2005 El Cortez Records
Official lyrics by