Her father was a logger and he was always out
of work. Her mother hardly said a nice word, ever.
Then the girl got pregnant by a kid she knew,
and she waited a long time before she told him.
But they got married anyway, even though she
didn’t want to. They lived in a trailer home that
was way out and alone.
Then the kid, who was also a logger, got his leg
crushed by a falling tree. He hardly ever worked
after that. And the girl, she miscarried in the
eighth month and that’s really late and hard.
And after that the kid just quit talking to her.
She got a job in an auto parts store. All the guys
there kept hitting on her and bothering her ‘cause they all knew her husband and they didn’t
like him.
This is up near Clatskanie, which is in the mid-
dle of nowhere. After work she’d take long walks
by herself on the logging roads. And each night
she’d go home and make dinner for the kid and
then she’d watch TV with him.
And no one knew how it was for the girl. Then
finally one day the girl disappeared. For a while
it was in the papers and on the radio, but no one
ever saw her again. No one ever knew what hap-
pened, not even the police, who were sure it was
the kid but could never pin it on him.
That’s all I got so far, Arlene. 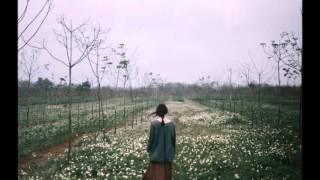