[VERSE 1]
Let me tell a little story 'bout a friend that I got
His name's Rodney, a geek, he hangs at the spot
You know the type, real shy, thick glasses and all
Goofy, kinda pudgy, 'bout 5 ft. tall
He was a moron, a pest, but his ways were good
I know you probably had this kind in your neighborhood
If you do you should listen and listen well
To the story 'bout Rodney I'm about to tell
Frat party at the college, Rodney got ill
Uninvited but excited so he had to chill
Two kegs inside and a posse of girls
While Rodney stood goofy like Rocky the Squirrel
Couldn't dance, couldn't wiggle if you want the truth
About his fogged up glasses and a missing tooth
He was a failure, and it showed in his face
But he was always on time and never late
To the grooves, but they wouldn't let him in
And Rodney'd get ill when the party begann
I'd always hear strange stories of the things he'd say
He got mad and threw his glasses at one DJ
But the party went on and so did Rodney's life
Who walked home in a blur and didn't sleep that night

[VERSE 2]
Rodney kept a B average, he was good in school
But his one and only problem was bein cool
While everyone drove Cougars Rodney drove a bug
And often got into fights with the flatland thugs
There was at least ten of them in the flatland bunch
And they all forced Rodney to buy them lunch
They took his Rolex, man, a Christmas gift
That's when Rodney decided to make a shift
School transfers didn't work and neither did the cops
But Rodney knew one day this would have to stop
So a newspaper ad brought Rodney some life
Be cool plus learn karate and the class is at night
So he dialed the number but he failed to see
The three fat zeros where it stated the fee
Rodney's bank account empty now he's outta luck
Cause to take the course it cost a thousand bucks

[VERSE 3]
He tried a new wardrobe and a brand new hat
And for the flatland thugs he carried a gat
It was peace shooter, just a .25 automatic
But anything was cool just to calm the static
He went to school the next morning, he was feelin great
And for the flatland bunch at lunch he'd wait
With his Fila suit he was way too live
Standin in the cafeteria with his chrome .25
But there was somethin about the thugs he did not know
Under all of those coats were big .44's
So when they strove to take a stand
Pain, strife and trouble in his life again
But yet he pulled his gun, his hand shiverin and shakin
His Fila suit and his hat were taken
He fired in the air once but then he paused
And ran to the office in his polka dot drawers

[VERSE 4]
He was expelled from school for carryin a gat
Got to the parking lot and his tires were flat
Polka dot underwear and his vehicle stuck?
No triple A car, boy, you're outta luck
He hopped in his car, rolled his windows tight
And that's where Rodney slept that night
I went to school the next day, they towed his car away
And in the back of my mind I hear Rodney say...
"I'm not a geek!"

I hear he's doin well, he's moved out the hood
He's got a couple of friends, and man, that's good
Cause even though he was a geek he's stil my pal
And Rodney, if you're out there, I wish you well 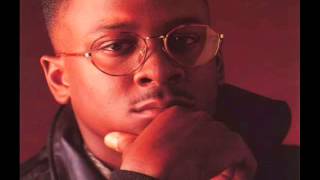 check amazon for Rodney The Geek mp3 download
these lyrics are submitted by kaan
browse other artists under R:R2R3R4R5R6R7