That same old tingle that I feel inside
and then that elevator starts it's ride
And round and round I go, up and down I go
like a leaf that's caught in the tide

[Ray's dialog continues...]
I think my mother was right.

Later on, later on Dave and I took our own records into the front room
and played early guitar heroes like Chet Atkins, Chuck
Berry,
Duane Eddy and James Burton, Charlie Christian and
Leadbelly.
But to me the greatest of all these guitar players was a
blues man from
Chicago called Big Bill Broonzy. We played all of these
records,
constantly, on that radiogram.

When Dave and I had our first rehearsals with our school
skiffle group,
all those rehearsals took place in that same front room. 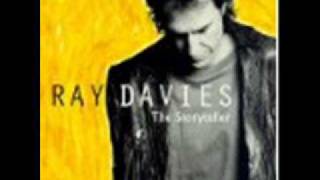