After The Fall Lyrics

After The Fall Lyrics


I just had a really bad fall
And this time it was harder to get up than before
I shouted to the heavens and a vision appeared
I cried out, ?Can you help?? it replied, "Not at all"

There'll be wrecks to clear in this war zone
There'll be much to clean and time to atone
But while it's dark you can shelter here
In the bleak midwinter when you're feeling the fear
Ah, but when the mist clears, the sun will shine again

A life's gotta have direction after the deals are done
You gotta ask the question, ask yourself why you go through it all
When morality kicks in, who will catch you when you fall?
I'm a sinner waiting at the traveler's rest
Seeking refuge from the storm, and I'm a grateful guest

Then a prophet cries out in high platitudes
I smile and say, "Hey, I was just passing through"
Then an angel cries, "Wait, we'll tell you when to move" Even at the gates of Heaven, I'll be waiting in a queue

Seems like I'm falling upwards into the great white blue
And all my imperfections, you can learn your lines and fabricate a show
But the way we come in, yeah, that's the way we're gonna go
We cheat and lie to conquer our fears
We can put on a smile just to cover up the tears
Ah, but when the mist clears, the sun will shine again

So, I fell on my arse, now, I'm feeling the pain
But the feeling will pass and so will the shame
The bigger the ego, the bigger the fall
When your reputation counts for nothing at all
Ah, but when the mist clears, the sun will shine again
I will greet you when the sun shines again 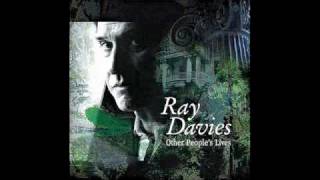