If niggas wanna claim that they the best the nigga clean it
While I remain nameless I'll prove that the game entertainign
I still remain dangerous, the pain is just playin hanes
the shame is that I came with some entertainers just famous,
I send the flame at your ainess, thinking you're hot shit,
because they big in the streets, this niggas ain't got shit
'cause confrontation would be for you niggas who got lipped
no conversation, don't speak to me nigga, you're not slicked,
been waiting the Dacay for this rap to get run pay,
now I spit what intends range, with the power of ten slaves,
Scholar my friend's range, smelling my daughter's birth
That's life and death for you, just taking for all it's worth,
I'm more the curves, I can't that missing,
was bad time in the same waters, then say and pissed in Now was made with some thick skin, so I'm hated the .. skin,
well with low class artist but they know who raps hardest
there's not a list alive, they.. a nigga like me
and I'm the greatest to be the greater
they say that I will never make it, this verse it would be dedicated
to the critics and doubters,
industry shit talkers, groupie bitches and cowards,
there's movie script is the fellas,
I'm dancing through flames, and is pretty as straight
now is funny is two chains,
But throughout my whole career, I've been giving you true pain,
two names, caught me greatest alive,
I'm that serious I said it and looked you straight in the eyes 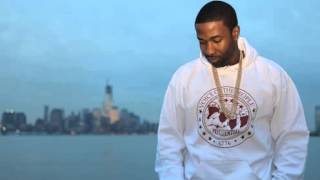 check amazon for Hell's Fury mp3 download
these lyrics are submitted by BURKUL3
browse other artists under R:R2R3R4R5R6