Everybody say you should fear hell, don’t be under that spell,
we already here, people say the devil comes on new year, but ill
make it clear, anytime jealousy head rears, or a spear goes into
an animal, its mandible, plausible, my pains audible, no honour, who
you talking to, I’ve been walking through, scum filled alleys, all this
crime takes it tally, making me vicious, suspicious, of anyone, because
anyone could be holding heat to make your blood frozen, police
disowning, they reckon crimes down, I dare the to come to my town -
MY ENDS, where knives are put in the back by friends, enemies are
worse - drive by with a short burst, that’s why I say
its hell on earth...
Where you become famous for doing things that are dangerous, get a
rating for bursting stainless, people act like death painless, who
are you to decide? why at every party do some mans need to
collide? is it pride or liquor? I say its both, you never see me angry unless ive toked my last roach, they say what I toke,
provoke violence, police need some guidance, robbing my skunk when
they know it’s the highest, they biast, either they do it or no
nothing about it, the signs of Lucifer was that French power
outage, you astounded, people in power, have already signed pacts,
so what ever you think you know, ain’t really fact, its merely an
act, rappers are real till they get offered plaques, politicians get
to kill innocents and we pay for it in tax, relax, for what, just to
get shot, part of a conspiracy plot, caus they don’t want me at the
top, I’m exposing frauds, you lot are praying for peace when
religion is starting wars, I could go on much more, and it would
still be raw but I tell you how it is and still get ignored,
hell on earth 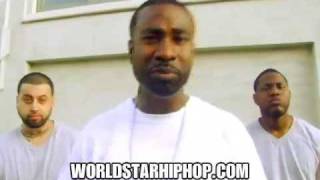