One Thou, the Risen One, Insurgent Mage
Who shook the power of gods
All that you've done, eternal rage It justifies unholy thoughts
You fight alone - Young Gods are foes
Defending their Hallowed Land
You feel so strong,
Darkness is yours
Feel there's no need to defend You do everything
If they ask you for help you help everyone
You pity their grief, you will not deny Whether beggar or king
Liken mortal to god, there's no thing that can't be done
But see their belief - they worship the Lie
Raise your sword of black in raging flames
You challenge gods in Hallowed Land
No turning back, it's not a game
The reign of lies must come to end
Your armies vast devour the worlds
And conquer lands on their way So strong and fast infinite hordes
It's time for Young Gods to pay
And the battle's begun
At the gate of the Land that is Hallowed for all
Their armies are great, much stronger than yours
"Outnumbered you're gone
So prepare for the end, now you'll suffer your fall Sealed is your fate - you're out of your force"
"How dare you, worthless one encroach on holy things
Rakoth now you'll be gone or slave to Seven Kings"
"No way, I'll die but free or crush the tyrants down
My armies cannot flee - they're led by Darkness Crown"
The Hallowed is trembling, igneous gales
Summoned from Chaos, incinerate the worlds Lost...
The battle's lost, you're chained and bound
Down to the Bottom of Worlds
Ruined is your host, no fame you found
Disincarnated by the Lords
And all returned - no truth, just lies
And Young Gods rule the worlds again
But people learnt on your demise
And your defeat was not in vain
Free spirit lives on
And no power for gods to erase it from mind
The riot after riot, they know no more rest
Now you're not alone
Not the slaves but free men can no longer be blind
The times won't be quiet - your spirit will last
Explain lyrics
Correct lyrics 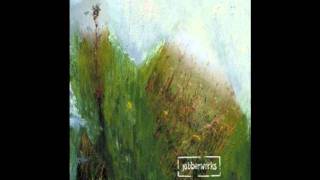