A Pass In The Ethereal Lyrics

A Pass In The Ethereal Lyrics


[The Legend]
"At the heart of silence writhing Flame now slowly dies unpowered anymore,
with the strain of Keepers gone, those swone to keep the Flame alive but
vanished long before the time - the advent of the Creeping Calm.
- ...In awe they stand and watch as the Mist engulfs them all... I behold
the world fades as they pray to their Goddess for death...
Vast aeons passed like the time has stopped, yet the live still stirs in
it's freezing breath, and the Stillness stalks the silent realms.
Could they prevent the Creeping Calm? They prayed to their Spider Queen in fear but their Goddess was the first to dive the peace of frozen sleep.
I stand atop the highest cliff, I observe the rest of the fussless world,
I see the planes where I'm alone at last. In the Sacred Hall the Flame
still dies, dropping shadows living their final dance in the middle of
the ice-veiled universe..."

Beautiful, a web of stars, theat looms amid the sons of earth...
Enfolds me in these silvan arms that unite vehement charms...
Befalls the weary son of earth...
Explain lyrics
Correct lyrics 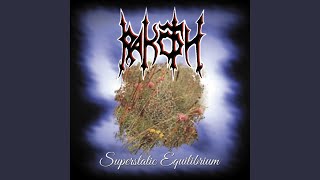 check amazon for A Pass In The Ethereal mp3 download
browse other artists under R:R2R3R4R5R6R7
Record Label(s): 2007 code666
Official lyrics by