Please don't get this shit mixed up
I don't give a f*ck 'bout who next up
Tough guy rappers don't seem so tough
Fire hot subs, hot nigga send subs
Niggas wanna act like I ain't they plug
When they show love I don't ever get love
Got a little buzz and you wanna switch up?
Let 'em switch up while I'm levelin' up
Know how it look and I know how it seems
You thought it was sweet, you thought it was clean
Smoke ain't a issue, it isn't a thing
I let 'em have it, come get it for free
If I didn't get it, it wasn't for me
Don't gotta be woke when you wasn't asleep
She said she don't get a nut to your C
That's why she hittin' me up for the cream I could just tell they don't want us to eat
They clean up the counters, the [?]
No competition, don't gotta compete
I'm already winning, this isn't defeat
Only thing sweet is when I'm in a suite
But other than that it's nothing but heat
I just know I gotta get to the bag
The same way that Russell had got to the Greek
Still paying rent off the shit that I said
They call it a game and that's how I play it
So many niggas had left me for dead
Meanwhile I'm killin' the game instead
I'm going crazy, I'm off of my meds
I'll never get back on prescriptions again
f*ck that depression shit, I'm tryna live
The legend still lives, it is what it is 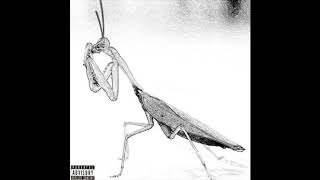