[Verse 1: Pusha T]
I’m still a snow mover, blow harder than tuba
Designated shooters, turn weed to [?]
Condo in Atlanta, money counters like the Nasdaq
In that glass back, the motor is the ass crack
I’m still feeding divas like I feed the meter
Holy father to em, I ain’t talking Jesus neither
Balance on the scale, I ain’t a Libra either
I’m just a name and number with the means to reach ya
Grim Reaper, him cheaper, him cheefer
His army, MCM or Jim sneakers
You knowin that hymn better, he been preaching
You motherf*ckers is bloodsuckers you been leeching
Been baller, been Jacob, been dealer
Been realer pound sign, been trilla
All killer, no filler, been iller
Fraud niggas you zoolander, Ben Stiller

[Hook]
When it comes to shooters my niggas is trained to go
And they gettin' practice on bitches who breaking codes
35 hundred, just point give them a name
They back flipping niggas, that go for rappers the same You don't know me nigga, f*ck out my way

[Verse 2: Pusha T]
Between renter and a homeowner
Hip Hop, we can cover any rolling stoner
Blue times I heist nigga, or that bitch Winona
Stop comparing me to rappers cause they in their moment
Might of crossed the name brand every [?]
But these brand names too a brand owner isn't new
Don't make a sequel cause we share the bitch of two
She ain't the angel that you think, she reincarnated too
I build mine off fed time and dope lines
You caught steam off headlines and co-signs
Young niggas cliquing up with my rivals
Like the bible don't burn like these bullets don't spiral
Like I can't see the scene that you mirror in your idol
[?] only purpose is completely suicidal
Oh, suicide is a suicide
I'm just talking to the world like it's you and I 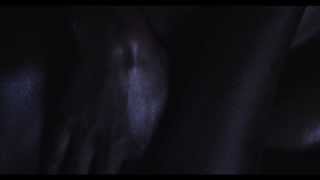